Colorado traffic fatalities up 29 percent since 2014 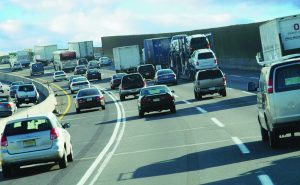 Preliminary data from the Colorado Department of Transportation (CDOT) indicates traffic fatalities rose 29 percent since 2014 when 488 traffic fatalities were recorded. In 2017 there were 630 traffic fatalities in Colorado, up four percent from 2016 when 608 people died. This includes pedestrians, motorcyclists, bicyclists, and passenger vehicle occupants.

“We can’t lay the blame for the uptick on Colorado’s population growth,” said Michael Lewis, CDOT executive director. “This comes down to poor choices many people make when driving, from not buckling up to driving impaired or using their phones.”

Despite Colorado’s seat belt law, Lewis says 16 percent of Coloradans do not buckle up, and Colorado ranks 36th in the country in seat-belt use. There were 211 unbelted deaths in passenger vehicle crashes last year. Those unbuckled deaths accounted for half of the 399 passenger vehicle fatalities in 2017.

With 3.8 million licensed drivers in Colorado, one in every 33 Colorado drivers will be in a crash this year. Odds of surviving a crash improve immensely if motorists buckle up, watch their speed, avoid mixing driving with drugs or alcohol, and stay off their phones, says CDOT.

“Fatal crashes continue to be a tragic ending for hundreds of people in Colorado each year.” said Colonel Matt Packard, chief of the Colorado State Patrol. “Every life matters. They matter to me, my troopers, and the families suffering from these preventable tragedies. We encourage drivers to make good decisions, always drive sober and avoid distractions. Help us save lives this year by buckling up, dropping the distractions, and focusing on driving.”

Berthoud has already seen a cehicle fatality this year when 54-year-old Stephanie Ridgel of Denver was hit while riding a motorcycle on Jan. 10 at the intersection of U.S. Highway 287 and West Larimer County Road 8 (Mountain Avenue).

The one bright spot in the overall data however involves motorcycle crashes. Motorcyclists killed declined by 20 percent to 101 in 2017, down from a record 125 fatalities in 2016. Most motorcyclists killed were not wearing helmets. Pedestrian deaths rose for a second year in a row in 2017 to 93, up from 64 in 2015. Bicycle fatalities remained flat.

“Colorado lacks many of the protections that other states have, including primary enforcement of our seat-belt law and a hands-free law for using cell phones,” says Lewis. “That certainly does not help as we work to solve the traffic safety crisis in Colorado.”

The preliminary data from CDOT shows the following:

In 2017 CDOT awarded $3.5 million to non-profit organizations, law enforcement, and local government agencies to conduct programs aimed at reducing crashes. Many of these programs address alcohol-related crashes, which account for about one-third of fatalities in Colorado.

From 2002 to 2014, traffic-related fatalities in Colorado dropped 34 percent. The overall decline was achieved despite the continued growth in the state with new residents, businesses and visitors joining the millions who travel Colorado roads and highways each year.