The near-record level of small-business optimism released today by the National Federation of Independent Business in its monthly survey is making some wonder how much greater it could be for Colorado were the state to finally reform its sales and use tax structure. 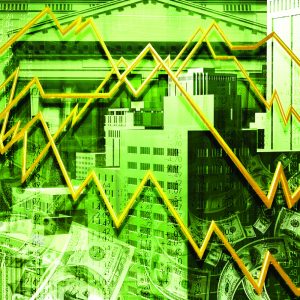 “The numbers in this month’s Index of Small Business Optimism released today absolutely astound,” said Tony Gagliardi, Colorado state director for the National Federation of Independent Business. “The highest since 1983’s record, and the second highest level in the Index’s 44-year history. One can only imagine how much faster this great economic news could accelerate here if Colorado were to finally get a rein on its sales and use tax structure.”

Colorado has more than 700 taxing districts, which has created a costly, confusing, needlessly time-consuming burden on small businesses, especially for the ones that don’t have the resources to pay someone solely to handle compliance. House Bill 17-1216, signed into law this year, created a Sales and Use Tax Simplification Task Force made up of legislative members, members of the business community, and tax experts. Gagliardi said it is intended to examine ways to simplify certain administrative details of the state and local sales and use tax system, which could be piloted on an elective basis. “What we desperately need is a single application process for sales and use tax compliance in this state. Were that to happen, I have no doubt today’s optimism could be sustained for a very long while.”

Commenting on it, Juanita Duggan, president and CEO of NFIB, said, “We haven’t seen this kind of optimism in 34 years, and we’ve seen it only once in the 44 years NFIB has been conducting this research. “Small-business owners are exuberant about the economy, and they are ready to lead the U.S. economy in a period of robust growth.”

Bill Dunkelberg, NFIB’s chief economist, who designed and has conducted the Index for its entire time, added, “The NFIB indicators clearly anticipate further upticks in economic growth for the fourth quarter. This is a dramatically different picture than owners presented during the weak 2006-16 recovery.”