Book Club tackles “Compelling Issues” one book at a time

Broad, national, divisive issues have hit close to home recently.  Did any of us predict at the beginning of the year that we’d soon be discussing discrimination while waiting in line at Hays?  Or swapping stories about polarizing politics over the fence with our neighbors?  Many of you have told us you’re not sure how to begin talking about all the nuances of topics like prison reform, free speech or gender inequality.  We started our Compelling Issues Book Club for all of you.  While joining a book club might seem like an odd way to begin addressing important local and national issues, we think it makes sense as a great first step for two reasons.

First, we limit the discussion to a single author’s take on an issue deliberately.  Tensions can rise quickly when people feel that their own thoughts and opinions are being judged.  We discuss an author’s take on an issue so that participants don’t have to defend their own positions.  This also helps us narrow down our focus on extremely broad issues like climate change or prison reform.  While we hope this won’t be the end of the conversation about these important issues in our community, it helps to have a single starting point.

Second, common vocabulary is easy, but common definitions are hard.  If I were to ask random people around Berthoud what Defund the Police means, or to give me the top three characteristics of the Republican and Democratic Parties, or to define gender bias, I would get wildly different answers from each person I asked.  The authors we’re reading take the time to define their terms.  We know what Strossen means when she writes “hate speech,” and what Henderson means when she writes “capitalism.”  We don’t have to agree with the author’s definitions of terms, but when we know them we don’t have to wade around defining terms.  Instead, we can dive straight into discussing the issues.

While a couple of the discussions have already occurred, we hope you can join us for the ones that interest you still.  You don’t have to read every title to participate.  Even if you don’t join us for the discussions, we recommend that you read these titles to help you understand what other people are thinking and debating about these topics.  Be prepared, these authors make bold claims.  Here’s what we’re reading:

How to Be an Antiracist by Ibram X. Kendi.  Kendi asserts that there is no such thing as “not racist,” but instead every thought, action, and policy is either racist or antiracist.  If we understand how racism interacts with other forms of discrimination, we can begin to support antiracist policies and leaders to eliminate racism in this country.

Hate: Why We Should Resist It With Free Speech, Not Censorship by Nadine Strossen.  In a time when people in the United States are calling for stricter laws banning hate speech, Strossen says that such laws are actually impossible to write and mostly used against those the laws were intended to protect.  She argues that more speech, in the form of counter-speech and education, is the best way to reduce the effects of hate speech in our society. 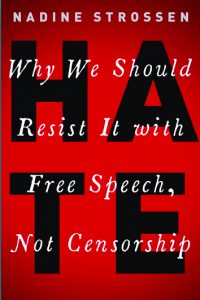 Automating Inequality: How High-Tech Tools Profile, Police, and Punish the Poor by Virginia Eubanks.  While proponents of new technologies and algorithms used in social work claim that the new methods eliminate unhelpful biases, Eubanks argues that these new tools actually divert resources away from those who are entitled to them and criminalize normal behavior among America’s working poor.  She includes a warning for the middle class—any tools we allow to be used against America’s poorest citizens eventually get used against the middle class.

The Politics Industry: How Political Innovation Can Break Partisan Gridlock and Save Our Democracy by Katherine M. Gehl and Michael E. Porter.  Gehl and Porter assert that Washington, D.C. isn’t broken, it’s working exactly as it is intended to—and it is intended to protect the power of the two major political parties.  They use the Five Forces Framework, developed for use in business analysis, to suggest achievable and effective congressional reform that would put power back in the hands of the average voter. 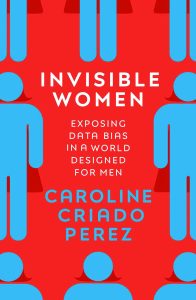 Invisible Women: Data Bias in a World Designed for Men by Caroline Criado Perez.  Although women make up half of the world’s population, they are considered abnormal outliers when researchers gather data to make public decisions.  In everything from designing phones to mapping snowplow routes or developing prescription medications, Perez shows that dismissing the needs and habits of women is a ubiquitous choice that is devastating for everyone, men and women alike.

Reimagining Capitalism in a World on Fire by Rebecca Henderson.  While many are increasingly certain that capitalism is the root of many evils in our country, Henderson uses years of working with different companies on their organizational behavior to show that capitalism can be reinvented to promote environmental activism, social justice and even democracy.

Locked In: The True Causes of Mass Incarceration and How to Achieve Real Reform by John F. Pfaff.  Even though we’re used to talking about sentencing laws and private prisons as reasons why the United States has such a high incarceration rate, Pfaff tells us those are the wrong factors.  Instead, he asks us to consider the effects of prosecutor behavior and the causes of violent crimes as better places to concentrate our reform efforts.

If anyone has questions about our Compelling Issues Book Club, you can check out our website at www.berthoudcommunitylibrary.org or give us a call at 970-532-2757.