Brandon McLaughlin, 37, of Johnstown made his second appearance in court on Tuesday at the Fort Collins Justice Center where he was granted bond along with the conditions of that bond, and a future court date was established. McLaughlin is facing charges of First-Degree Murder in the fatal shooting that took place in Berthoud in the early morning hours of Saturday, Sept. 5.

Larimer County Sheriff’s Deputies responded to a home in the 800 block of Douglas Place near Berthoud Highs School at 1:45 a.m. Sept. 5 after receiving a call reporting a disturbance involving a gun. When deputies arrived on the scene they found Edward Brooks Kreutzer, 37, deceased and took McLaughlin from the home into custody. 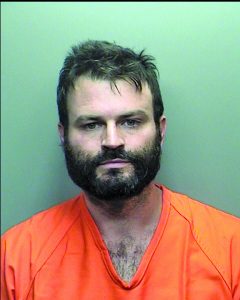 The Autopsy report issued by Larimer County Coroner James Wilkerson ruled that Kreutzer’s death was a homicide and the result of multiple gunshot wounds.

District attorney Robert Axmacher requested bond be set at $250,000. The Attorney representing McLaughlin, Dagna Van Der Jagt said due to McLaughlin having no serious previous criminal history and having lost his job at the beginning of the COVID-19 pandemic the bond should not exceed $100,000 making it possible for the family to meet.

The mother of McLaughlin’s daughter, Lesley Hollywood, was called upon to establish the relationship between the man and his daughter and stated that he was a “wonderful father” who is actively involved in their daughter’s life.

Van Der Jagt also stated that she believes the case will be proven to be self-defense and that despite McLaughlin being in custody for 10 days there had been no further charges filed against him.

Both sides agreed that the bond conditions should include GPS monitoring for McLaughlin as well as the prohibition or possession or use of drugs and alcohol and the possession of weapons.

Eighth Judicial District Judge Greg Lammons who is presiding over the case set McLaughlin’s bond at $100,000 and included the prohibition of alcohol, drugs and weapons, enhanced pretrial release supervision, GPS monitoring and prohibits McLaughlin from going within a certain distance of Kreutzer’s widow’s place of employment or the home where his child resides.

McLaughlin’s next court appearance will be Wednesday, Sept. 23, at the Fort Collins Justice Center.

This story will be updated as more information becomes available.