On Friday night the Elizabeth High School (EHS) Cardinals traveled to Max Marr Field to face the Berthoud Spartans. In the non-conference matchup, Berthoud High School (BHS) dominated in every aspect of the game, earning a 35-point victory.

The Spartans completed the game with 299 rushing yards, 144 of the yards coming from senior quarterback Jake Lozinski, and 466 total yards. This was a huge improvement from Berthoud’s shutout against Platte Valley.

“We had three great days of practice, going back to a lot of the basic stuff, working technique and drill work,” Head Coach Troy Diffendaffer said after the game. “They put the work in and did a great job.” 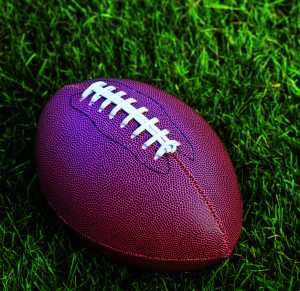 Offensive production started early in the game with a rushing touchdown from Lozinski in the first quarter. The scoring play was completed after a successful extra-point kick (PAT) from Juancarlos Arreola, the Spartans new kicker.

Arreola joined the team after the Spartans struggled to get the ball kicked in their season opener. His impact was already greatly shown in his first game. “It’s great. We have a lot more confidence now knowing that we can get the ball kicked down the field a little more and get our extra points,” Diffendaffer said.

One touchdown and an extra point were not going to be enough for the Spartans to come out with a win. Elizabeth fired back with a long drive and seven-point play of its own, tying the game with 3:51 in the first. The Spartans were quick to bounce back, scoring another touchdown on a 50-yard pass to senior Miguel Sarmiento from Lozinski.

EHS scored their second and final touchdown of the game with nine minutes remaining in the second quarter. From there on Berthoud’s defense was rock solid, keeping the Cardinals from putting another point on the board.

BHS put the momentum back in their favor with a drive full of strong rushing plays, ending in a touchdown. Lozinski completed a short pass to Sarmiento to complete the play with a two-point conversion.

The Spartans were determined to take the lead and extend it before the half was over. Senior Austyn Binkley led the next scoring drive, earning first downs and the lead with a rushing touchdown. BHS kept pushing, scoring one more touchdown before the buzzer rang to finish the first half with a 35-14 lead.

Berthoud didn’t let up, even with a large lead, scoring six more on another Lozinski-Sarmiento connection. Constant offensive pressure was crucial to win the football game. “When you get way ahead sometimes you want to coast a little bit,” Diffendaffer said. “We kept telling them to just keep going and going.”

Lozinski scored the final touchdown of the game on a 56-yard scramble play late in the third quarter. Arreola completed the play with another extra-point kick, his fifth of the game. No points were added to the scoreboard for either team in the fourth quarter, giving the Spartans a 49-14 win.

Berthoud had a much better showing on both sides of the ball, which led them to a great win. “We’re playing as a team. Last week a lot of people were playing for themselves and not for the team, and the scoreboard shows something different this week,” Binkley said about the team dynamic.

The Spartans (1-1) will kick off at 7 p.m. at Skyview (0-1 overall) on Friday night looking to grab their second win.