Both of Berthoud’s elementary schools collected some hardware as a result of their performance on the most recent statewide school performance assessments.

Ivy Stockwell and Berthoud Elementary were both recognized with the state’s John Irwin Schools of Excellent Award from the Colorado Department of Education (CDOE). Ivy Stockwell also earned the Governor’s Distinguished Improvement Award. The Berthoud schools were two of only three schools in the Thompson School District (TSD) to receive the John Irwin Award, the other being Loveland’s Big Thompson Elementary. Ivy was joined by Big Thompson, Centennial and Coyote Ridge Elementary schools as other TSD schools to be recognized with the Governor’s Distinguished Improvement Award. 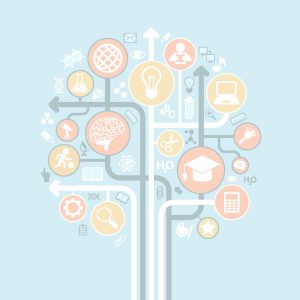 “I couldn’t be prouder of our entire school community,” Ivy Principal Rick Bowles said. “This is a testament to the amazing staff at Ivy Stockwell, the incredible students, and the supportive parents and community.”

The John Irwin Schools of Excellent Award is given to the schools that exceed performance framework standards on the states testing assessments that evaluate student achievements in mathematics, English/language arts and science.

Melanie Patterson, principal at Berthoud Elementary said, “We appreciate the recognition of the efforts of our students and staff, and we are committed to continue to meet the needs of our growing and changing school community. Berthoud Elementary is fortunate to have the support of an invested community, and to be able to partner with our outstanding colleagues at Ivy Stockwell Elementary, Turner Middle School and Berthoud High School.”

According to CDOE, “The John Irwin awards are given to schools that demonstrate exceptional academic achievement over time. These schools received an Exceeds Expectations rating on the Academic Achievement indicator of the School Performance Frameworks reflecting exceptional performance in math, English language arts, and science.” The award was named posthumously for John Irwin, a former Colorado state representative, who worked tirelessly throughout his adult life to improve education in Colorado.