ACLU of Colorado sent letters to 31 cities across the state this week demanding they repeal laws that restrict panhandling. The letters are part of a coordinated effort, organized by the National Center on Homelessness and Poverty, involving 18 organizations in 12 states targeting more than 240 outdated panhandling bans. 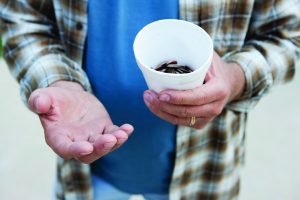 Berthoud’s Municipal Code (17.5-6) states that loitering in a public place is unlawful and includes, “Loiter for the purpose of begging.”

“These outdated ordinances, which prohibit peaceful, nonintrusive requests for charity, must be taken off the books,” said ACLU of Colorado Staff Attorney Rebecca Wallace. “As courts across the country, and here in Colorado, have recognized, a plea for help is a communication that is protected by the First Amendment. An outstretched hand can convey human suffering, can remind passersby of the gap between rich and poor and, in some cases, can highlight a lack of jobs and social services.”

In October 2015, a federal court in Colorado sided with ACLU of Colorado and struck down a Grand Junction ordinance that restricted the circumstances under which individuals and organizations could ask for charity. Many of the ordinances challenged by the ACLU of Colorado today are similar to, or even broader than, the Grand Junction restrictions, which were found unconstitutional and subsequently repealed.

After the Grand Junction decision, as well as the 2015 landmark U.S. Supreme Court decision in Reed vs. Town of Gilbert, which affirmed heightened protections for free speech, every case brought against panhandling ordinances — more than 25 to date — has been found unconstitutional. Many cities across the nation and Colorado have repealed their anti-begging ordinances.

“Punishing homeless people with fines, fees and arrests simply for asking for help will only prolong their homelessness,” said Maria Foscarinis, executive director at the National Law Center on Homelessness & Poverty. “Housing and services are the only true solutions to homelessness in our communities.”

To access the Berthoud Municipal Code in its entirety, visit Berthoud.org/government/berthoud-municipal-code.